The Draggedy Project – Drag and the Creation of Identity

Harry’s and Austin’s first conversation about the scope of The Draggedy Project.

They discuss the differences between how drag is most generally portrayed in mainstream media and the radical possibilities which drag presents. The conversation also focuses on some of the evolutions of drag as an art form, including its movement from small-scale performances at gay clubs to wider audiences in theatres and mainstream media, such as RuPaul’s Drag Race. 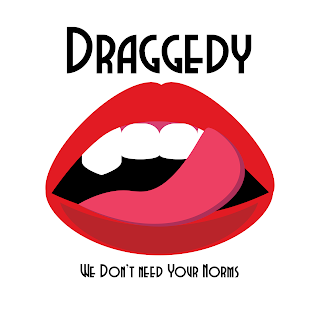 The Power of Drag 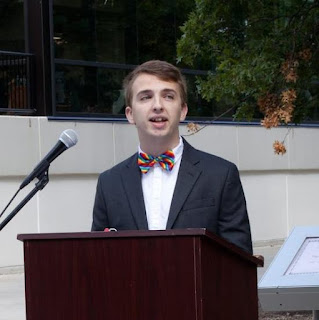 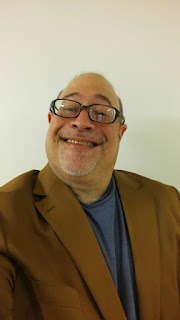 The movement from gay bars to more specific arenas for drag artistry is something that has certainly been happening for a while now, but the popularity of RuPaul’s Drag Race and its subsequent Battle of the Seasons tours has certainly allowed drag to move out of the bar scene and into a scene that is generally more singular in its focus on drag.  However, Austin discusses how there has always been an underground scene which has completely embraced the more political and stand-alone aspects of drag and which has been existing for quite some time as relatively separate from the bar scene. Austin and Harry are also able to discuss how the world of theatre has influenced drag and has in some ways legitimized drag in the eyes of the mainstream media.

After discussing some of the current trends in the drag scene, Harry and Austin each discuss the first time they were fully aware of the art of gender performance. First drag or gender performance experiences are almost always memorable, and there is no difference for the first drag memories of Harry and Austin. Sharing these memories leads to a discussion on the history of drag, from far-away history to more modern media history.

The conversation then turns back to more modern trends in the world of gender performance, focusing on different types of gender portrayals—between ultra-glamorous looks to everyday, exceptionally mundane looks.  This turns to a discussion of the binary between the authentic and the inauthentic—can authenticity truly be achieved when using seemingly inauthentic means such as make-up, padding, and clothing choices? 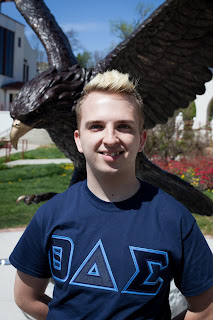 Be sure to follow Harry and Austin on Twitter at @hhawk and @rainbowsquirtle, respectively. And be sure to follow Talking About Everything and The Draggedy Project on Stitcher Radio and iTunes! Keep checking back to www.draggedy.com for more episodes, pictures of gender performers, and links to more information about the artists we cover. 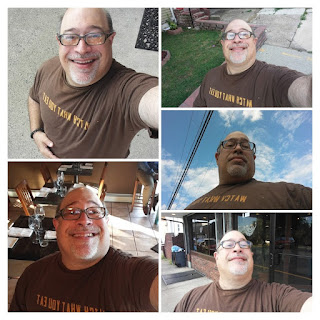 Austin writes: These performances come at a time influenced by video-sharing sites such as YouTube and the social graph in which performance itself has become elevated and idealized. This idealized form of performance also involves a high level of authenticity, which has become necessary for the popularization of any performer in today’s digital age. The gender performer has a unique role in this phenomenon, in that they both posses a high level of performance quality and are authentic in their self-expression, despite the assertion that gender performance is an attempt to “imitate.”

[Our] conversations shall focus not only on their performance choices and how such choices reflect public ideology surrounding gender, but also on how such choices reflect ideas surrounding other social constructions. These conversations will also attempt to investigate how the personal lives of gender performers, as well as the culture of our time, interact to create the final performance as presented to an audience.

0 Comments
Adding comments is not available at this time.